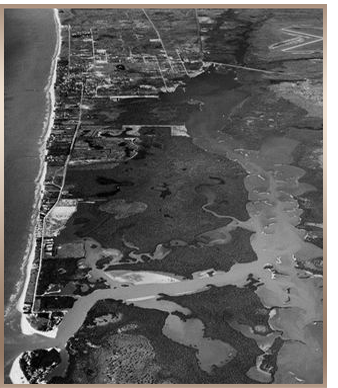 John Glenn Sample, a pioneer in radio advertising from Chicago, acquired two square miles of marshland at the southern tip of what was Naples Florida. Stretching from 21st Avenue South to Gordon pass, bound on the west by the Gulf of Mexico and on the east by Naples Bay makes for one of the best locations to enjoy all that Naples has to offer. Boating, fishing, kayaking, walking the beautiful sand beaches, catching the grand views of the Gulf of Mexico and its famous sunsets.

Starting in the late 1940’s with a vision Glenn Sample said “My ambition is to make Port Royal the finest place in the world to live”. In the early 50’s Glenn Sample brought in to the town of Naples heavy earth moving and dredging equipment and began dredging and filling the marsh lands to create numerous man made peninsulas into deep water access residential building lots overlooking the waterways, coves and Napes Bay.

At its time this was quite an engineering undertaking. Over many years and investing 3.5 million into his ambitious dream Sample developed 600 single family estate lots with deep water access to Gordon Pass and estate lots looking over the Gulf of Mexico.

The name Port Royal was conceived after the infamous 17th Century Jamaican city where privateers and smugglers spent their spoils from the looting of ships in the Caribbean. The streets of Port Royal are all named in the tradition and theme of those days gone by. Names like Gin Lane, Rum Row, Galleon Drive and Buccaneers Roost.

Port Royal is the definition of luxury Florida living and lifestyle. A paradise conceived and over decades it has matured into majestic beach front mansions and fabulous waterfront estates all surrounded by the most exquisite examples of tropical flora and fauna.

In 1959 John Sample developed the now famous luxury beach side private membership Port Royal Club. A world class facility now featuring gourmet dining, entertaining, fitness center with personal trainers and physical therapists, spa treatments, tennis facilities with professional staff and lessons and beach side swimming pool representing a luxury standard of living on the Gulf Coast of Florida and is a symbol of the life style that is Port Royal.

A great article written by Stacie Zinn in October issue of N Magazine 1997 sums up the great history of Port Royal and its visionary John Glenn Sample with great stories and background by his son Joe Sample and other long time Naples residents and business professionals. I have included some excerpts here.

In the 1940’s many of the corporate giants along with the rich and famous of the North East had discovered the legendary Palm Beach founded and developed by Henry Flagler that featured the famous architecture of Addison Mizner. Both great stories in Florida History.

Sample not impressed by the fame and fortune that was Palm Beach decided to look elsewhere and at the recommendation of a friend he first came to Naples in 1938 at the age of 46. Sample discovered the relaxed atmosphere that Naples had to offer on the quiet and serene Gulf of Mexico and soon began buying property on the south end of Naples which was mostly comprised of mangrove and swamp land along Naples Bay and south to Gordon Pass, the only access from the Gulf of Mexico, along with prime Gulf front property. 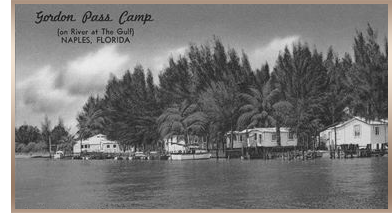 Between 1938 and 1950, Sample acquired small parcels of land that eventually totaled up to about two square miles and conceived a real estate development of gulf front, deep water canal, cove and Naples Bay front lots to be sold to buyers that he handpicked. He named the project PORT ROYAL. 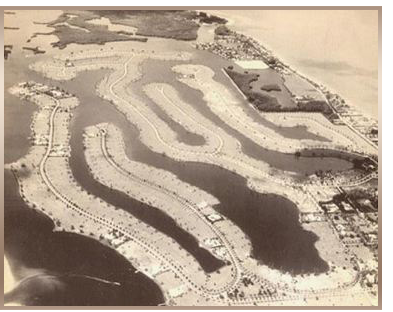 According to many old time Naples residents and business professionals Glenn Sample had a penchant for bluntness and an intolerance of anyone who did not think as he did. By the time Sample began developing Port Royal in 1948 he had become quite successful in the advertising business and it didn’t hurt to be married to a wife that came from a family of “means”. Developing Port Royal, says son Joe, provided his father a way of life that he thoroughly enjoyed. “He invested $3.5 million in Port Royal,” says Joe, “and that was almost all the money he received from selling his advertising agency.” Sample was in no hurry for the sale of his Port Royal lots and was willing to wait until buyers that he personally enjoyed and felt were the right fit for his new found paradise.

For a Great Days Fishing

Glenn Sample began to see a need for his handpicked community members to have a private place to gather with their families for social entertainment and fine dining and in 1959 he built the Port Royal Club. Eligibility to buy in Port Royal hung on being accepted for membership in the club and for years, Sample and his wife were the only people on the membership committee.

Later, the club required that “you had to have names of three or five people that lived in Port Royal and you had to have letters of recommendation from them” said son Joe.

A lot of people would buy the non-waterfront lots just to have a membership at the club. They used to call them dinner lots. At the time, there were not many restaurants in town. Percentage-wise, the town would swell with population in season, and if you didn’t belong to some private club, you’d have to wait to get in for dinner. 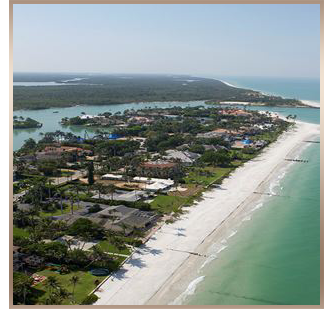 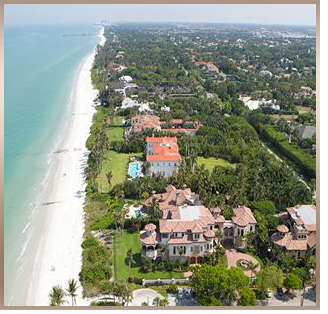 Glenn Sample was also a big fund raiser for town amenities that he saw as necessary for the town’s growth and the success of his project. He worked diligently to raise funds for the new Naples Hospital and did so with vigor and candor. He often clashed with Naples business owners when they did not meet his level of donation and had no second thoughts about telling them so.

Joe Sample says his father clashed with Henry B. Watkins Sr., owner of the Naples Beach Hotel. The feud started when Sample made it clear to Watkins that he felt the hotel’s level of donation to the hospital was not satisfactory.

This feud spurred the creation of Port Royal’s second community amenity, Hole in the Wall golf club as Watkins banded residents of Port Royal from using his golf club.

Sample recruited Beatrice Branch Briggs, her husband Jack Briggs, of the Briggs and Stratton empire, to raise money for the only church located in Port Royal, because “she was a Christian that he knew.” Since Beatrice Briggs was an Episcopalian, the church she created, Trinity-by-the Cove, was of that denomination. 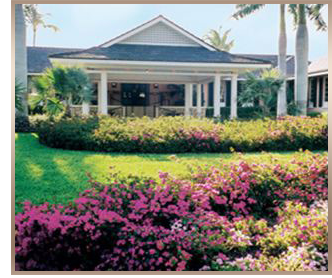 Lavern Aynor’s family, who had made their fortune with Texaco and owned The Keewaydin Club and most of Keewaydin, moved to Naples in 1945, in 1968, Gaynor and her husband, purchased a Port Royal lot from Sample that looked across the waterway to Keewaydin. In those early years, says Gaynor the Port Royal pace of life was quite slow.

When it came to the look of a home’s exterior, Sample had precise deed restriction. A handful of Palm Beach architects were authorized to design homes there, and their designs reflected his conservative taste: no flat roofs, not tin roofs, no modern architecture.

Sample was also particular about the landscaping of the community and used planting material from his own grove, called ”Buccaneer’s Roost,” which was located on Goodlette Road where the Commons and the First National Bank of Naples are today. According to his son Joe, he wanted Port Royal to be “a showplace of casual elegance”-and the houses were to be “small jewels” about 3,000 square feet in size. In fact, Sample was concerned that “someone might build too small a house.” He never intended that Port Royal become populated by mansions, as it is today.

Clearly, Glen Sample loved Port Royal. He delighted in showing it to prospective buyers from the seat of his Rolls Royce-or from the bow of the 70-foot Port Royal Club yacht. (His first boat was 27 feet long; the 70-foot version was number four in a line of boats he called Privateer.) Most of all, though, Glen Sample loved to tour through the community and admire what he had created-something many people still do today.

For Discrete and professional service call me to schedule a private showing of any one of these great Port Royal Real Estate Listings.